In 3rd place in the squash category, Andy Box's giant weighed in at 504 pounds! 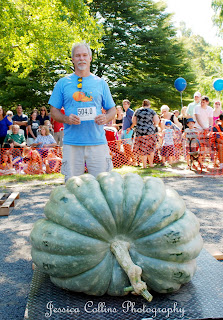 Ridgefielder Steve Maydan, entered all 3 categories. His squash came in 2nd weighing in at 675.5 pounds! This is a personal best for Steve in the squash category. 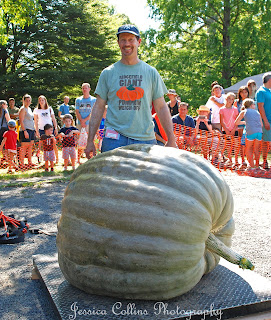 First place squash hails from RI, and weighed in at 1,252.5 pounds, grown by Joe Jutras. 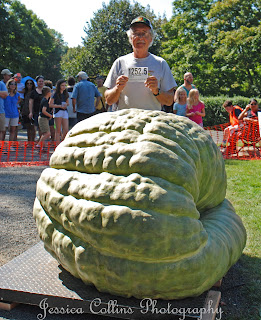 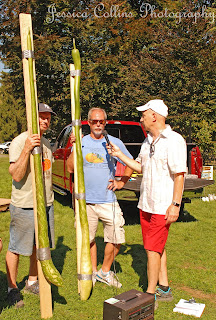 In 8th place, Andy Box brought his 274 pound pumpkin to the scale, traveling all the way from PA. 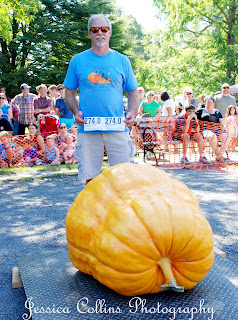 In 7th place, Ridgefield's own, Steve Maydan, with his 632.5 pound pumpkin. 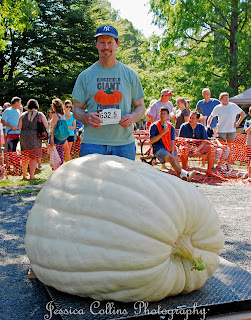 Roger Spencer came in 6th with his 922.5 pound pumpkins. 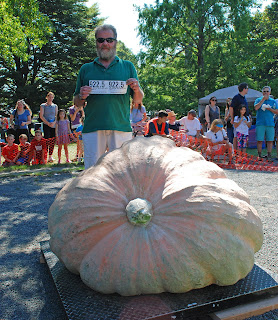 In 5th place, Ned Sandercock with his 1,086 pound pumpkin. 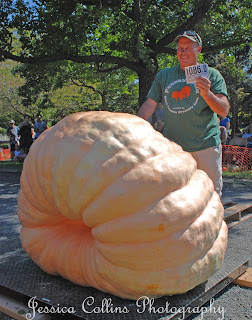 Steve Sperry  brought this 1,199 pound pumpkin all the way from RI to Ridgefield and came in 4th place. 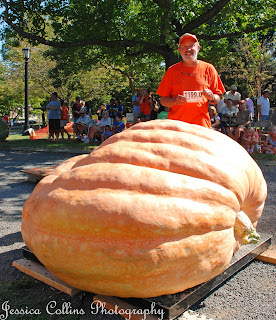 In 3rd place, Ernie Gustiucci joined us for the first time this year with his 1,365.5 pound pumpkin coming to Ridgefield from Jackson, PA. 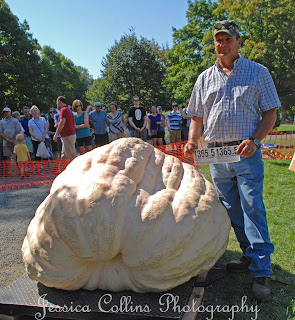 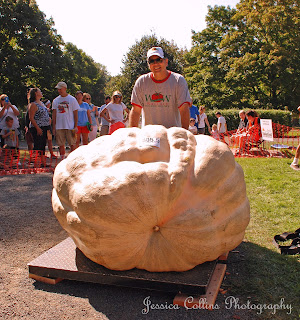 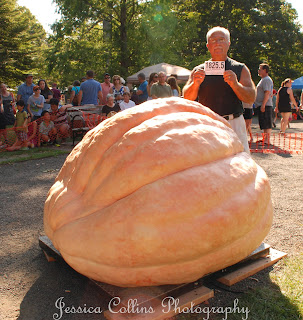 Posted by Jessica Collins at 6:50 PM No comments: Links to this post