The results are in for the 2018 Ridgefield Giant Pumpkin Weigh Off!

The giant squash were up first! 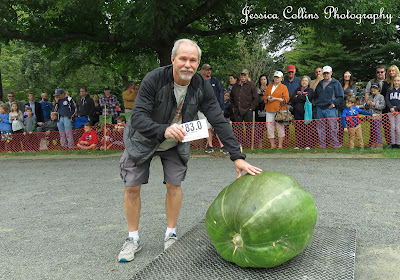 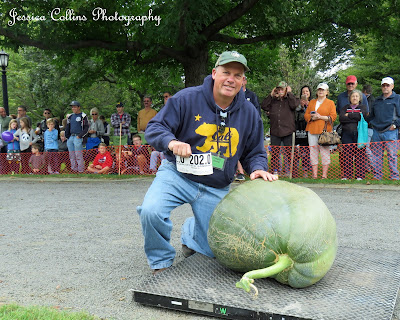 Joe Jutras set a world record last year with a squash that weighed in at over 2,000 pounds! Today his squash took home first place at 927.5 pounds! 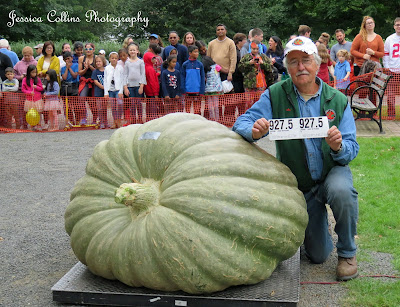 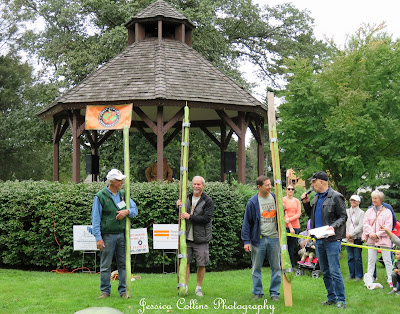 Last up were giant pumpkins!

The Pilley pumpkin came in at 195 pounds and took home 7th place. 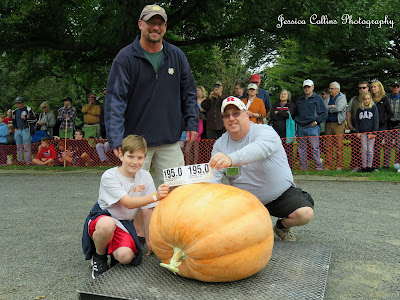 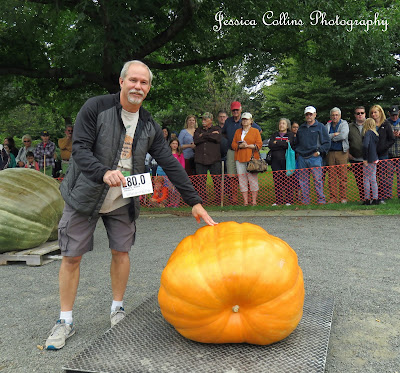 Event organizer and Ridgefield grower, Steve Maydan, took home 5th place with his pumpkin that weighted in at 907 pounds. 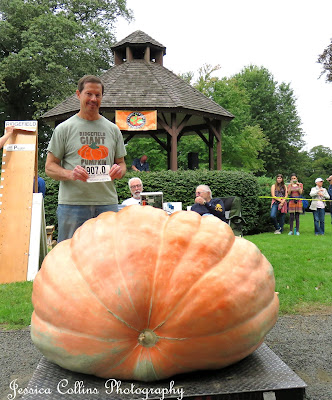 This was Tony Scott's first weigh off and he went home with 4th place honors and a half ton pumpkin patch for growing this giant that weighted in at 1,515 pounds. 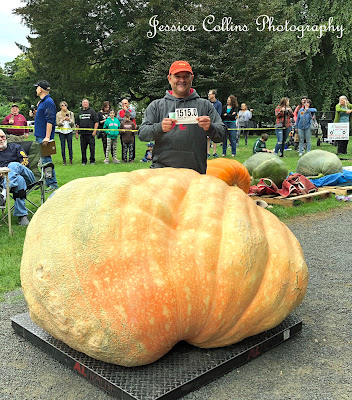 Sperry's beauty earned 3rd place weighing in at 1,608 pounds. This pumpkin also won the Howard Dill award for being the prettiest pumpkin. 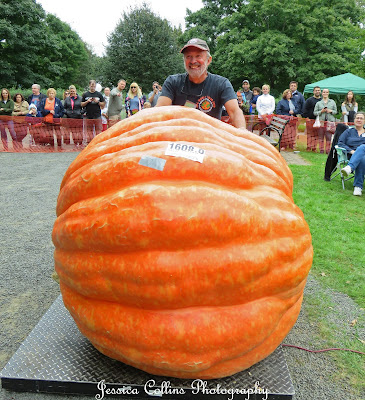 It was a special day for Eddy Giarrusso whose pumpkin started the day with a ferry ride from Prudence Island, RI. Giarrusso set a personal best and took home 2nd place with this giant who topped the scale at 1.659.5 pounds! 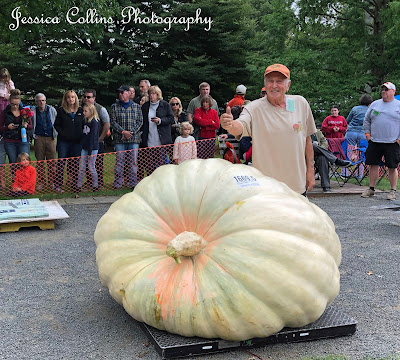 Last year's winner, Ron Wallace, returned to Ridgefield from RI with another giant. This massive pumpkin took home top honors for Wallace weighing in at 1,806.5 pounds! 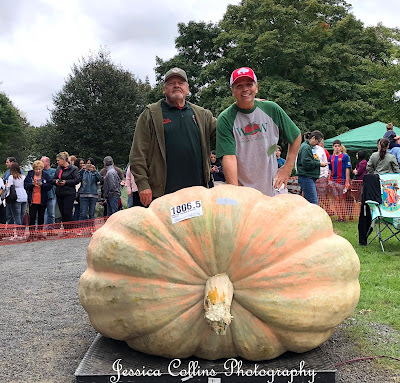 Congrats to all of the growers!

Posted by Jessica Collins Photography at 8:00 PM No comments: Links to this post