The pumpkin results are in!

Growing a giant pumpkin or squash requires a lot of work, special seeds, a lot of water, a lot of time in the garden and a little bit of luck. Please join me in congratulating all of our growers! They have all worked so hard this year to grow these giants.

The top three in the long gourd category: 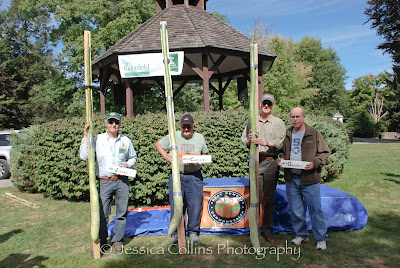 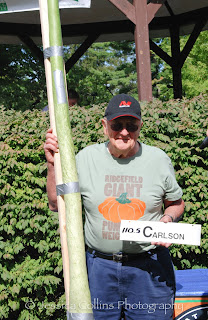 Next up were the giant squashes!

Ridgefield's own giant pumpkin and squash grower (and the person who co-chaired the weigh off with me!), Steve Maydan, brought this giant squash to Ballard Park. His squash weighed in at 322 pounds! Congratulations Steve! 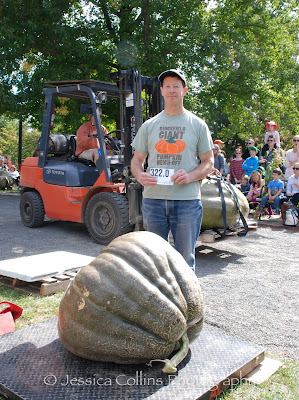 Sandercock's squash weighed in at 461 pounds! 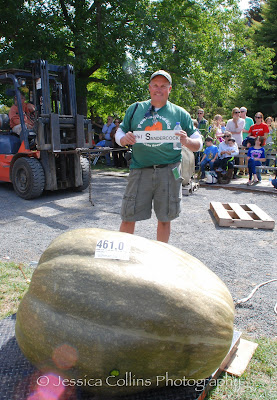 Joe Jutras brought this 812 pound squash to the scale to take 2nd place. 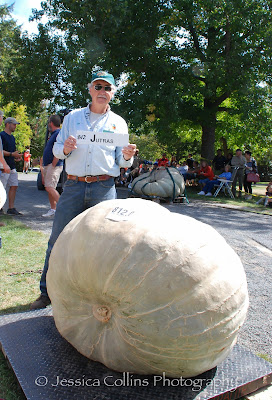 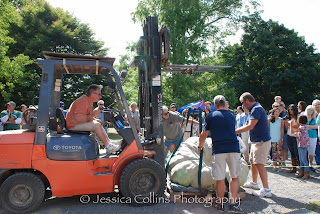 Box took the 1st place win in the squash division with this giant green squash that weighed in
at 894 pounds! 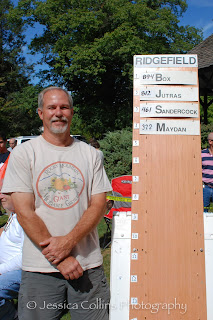 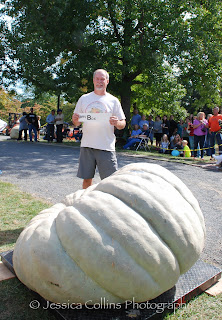 Lastly, the giant pumpkins made it onto the scale! 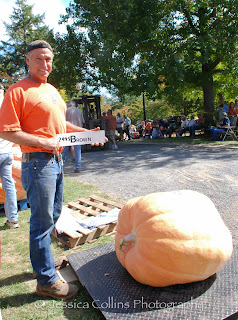 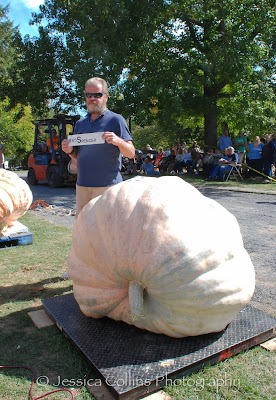 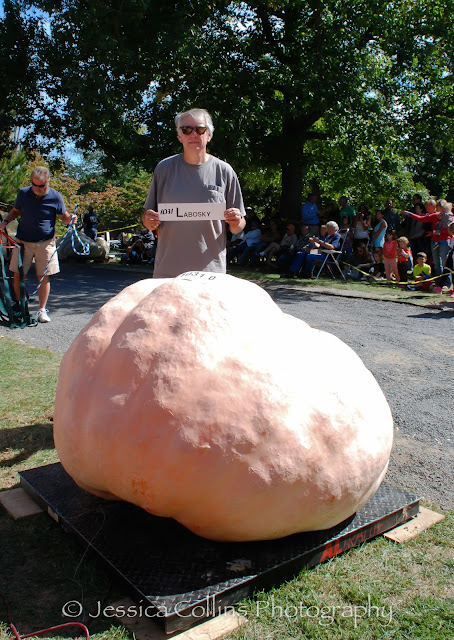 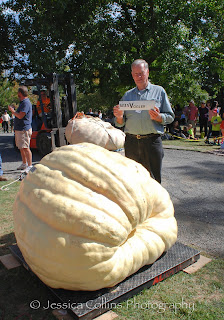 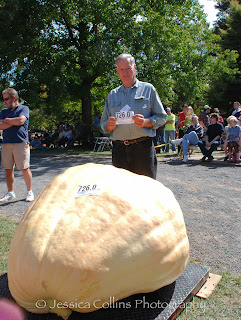 The giant pumpkin growers worked together to get all these giants to the scale (also, have to give a shoutout to Bob from Ridgefield Supply for the amazing job he did lifting these giants). 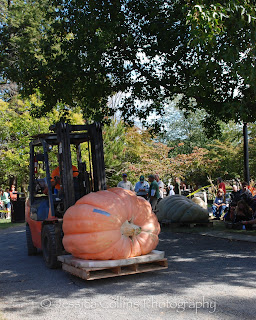 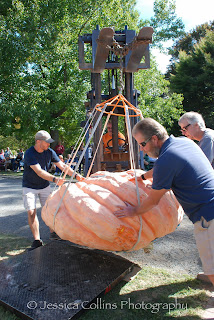 Box, who won the squash category, also brought his giant pumpkin to the scale. This giant weighed in at 1,195 pounds! 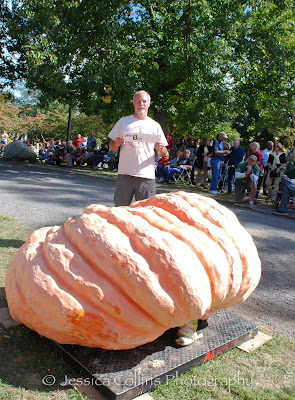 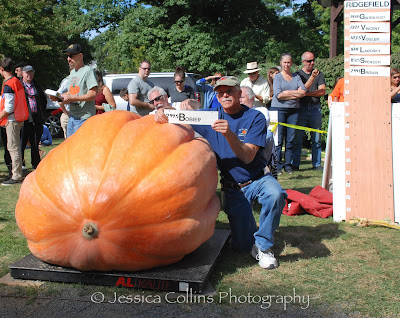 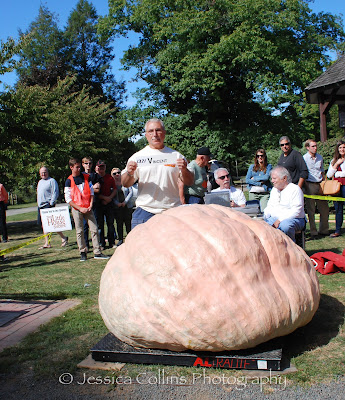 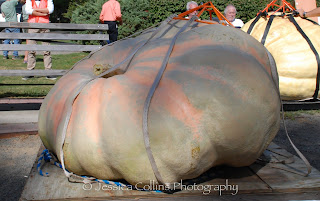 Giarusso's pumpkin traveled by ferry to come to our weigh off! He took third place with his giant that weighed in a 1,415 pounds! 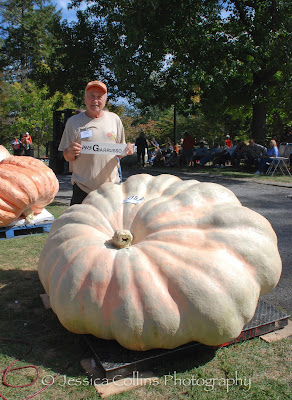 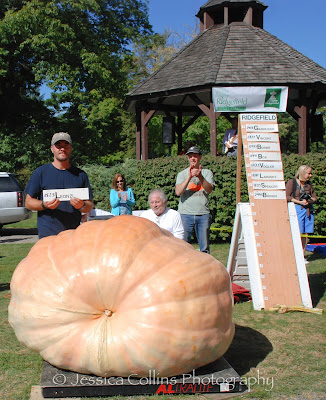 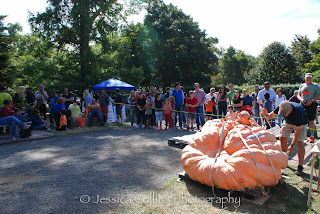 Ron Wallace brought this giant pumpkin all the way from Rhode Island. He took home the first place prize when his giant weighed in at 1,767 pounds. Wallace set a new Ridgefield Weigh Off record with this giant pumpkins! Congrats Ron! 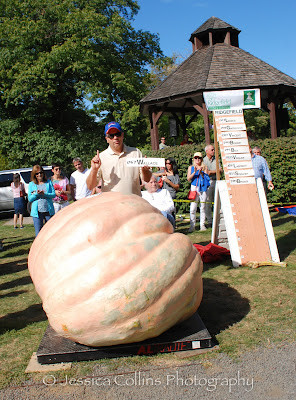 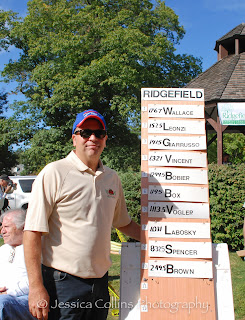 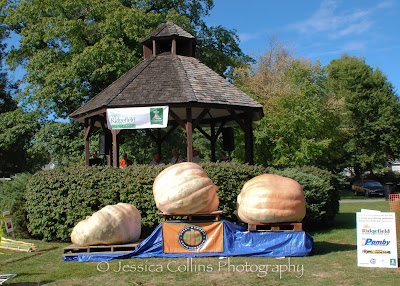 Posted by Jessica Collins at 3:20 PM