Although today is considered the end of the summer season, as I write this on Labor Day; today felt a lot like autumn standing in the pumpkin patch.  The air had that fall chill to it, a gigantic pumpkin in front of me....all I was missing was a pumpkin spice latte.

I haven't been to the pumpkin patch in over week, so I couldn't wait to see how much this giant changed in that time. Although I knew he would be bigger and more orange, I was still surprised when I saw him. 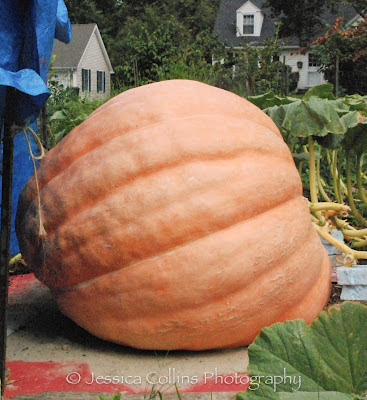 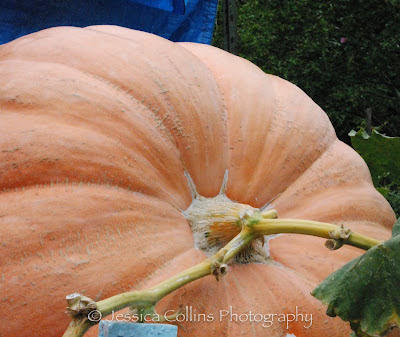 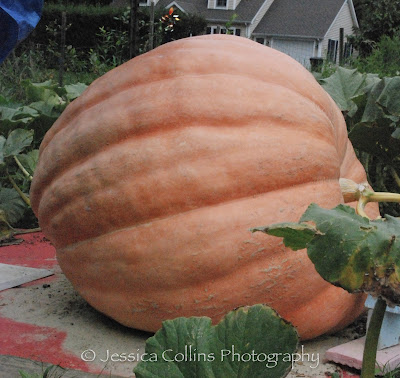 It's hard to even imagine how gigantic a pumpkin like this is until you stand in the pumpkin patch with it.  I tried to look over the top of it, and it was too big.  The measuring tape no longer fits around his widest part. 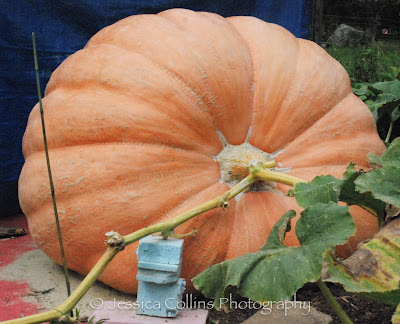 In a few weeks this giant will be lifted out of the pumpkin patch and head off to a giant pumpkin weigh off.  I will be there to photograph it.  Having the opportunity to photograph this giant as he grows is such an awesome experience. 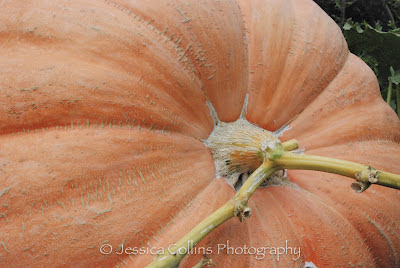 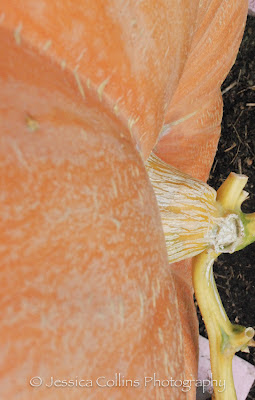 After visiting the giant pumpkin, the long gourd was next.  Two were harvested already, but one continues to grow. 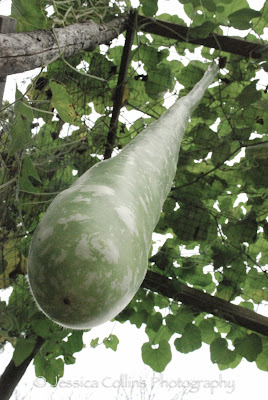 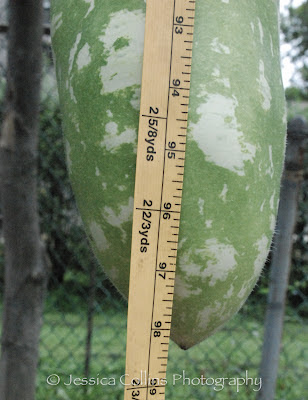 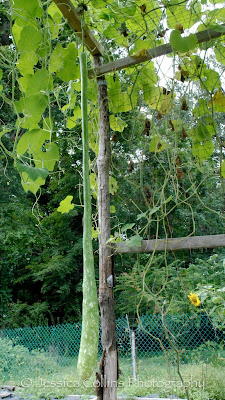 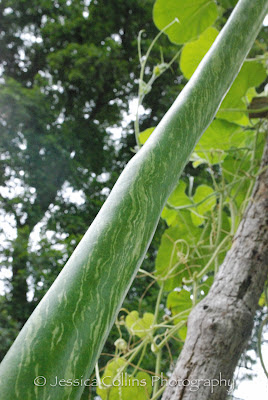 The two already harvested long gourds.  The shortest one is 2 inches taller than I am.  And yes, this is the man who grows these giants.

Posted by Jessica Collins at 3:46 PM