How much can a pumpkin weigh???

When we arrived at the weigh off, everyone was talking about one very special giant pumpkin.  At a weigh off the day before, a giant pumpkin had done the impossible---he broke the 2,000 pound mark setting a new world record at 2,009 pounds.

The growers of the 2,009 pound pumpkin had a pumpkin at this weigh off too.  Although this one was not as large as their world record pumpkin, he was still really big. 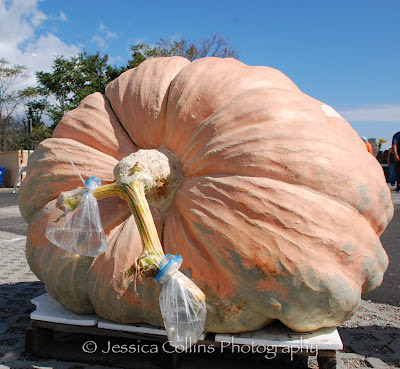 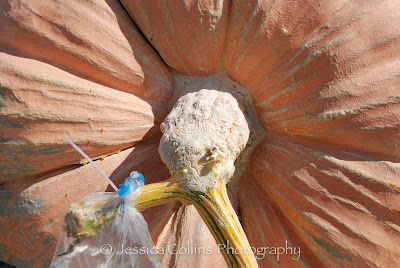 He was the last pumpkin to be weighed and everyone was waiting impatiently to hear how big he was. 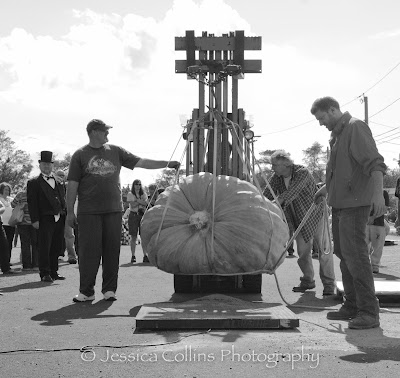 Everyone looked on as this giant pumpkin rested on the scale. 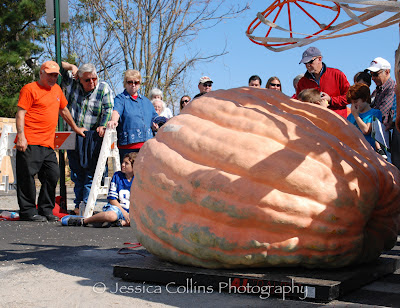 1,579 pounds! That is a lot of pumpkin! The proud grower is Ron Wallace from RI, the current world record grower of the 2,009 pound pumpkin. 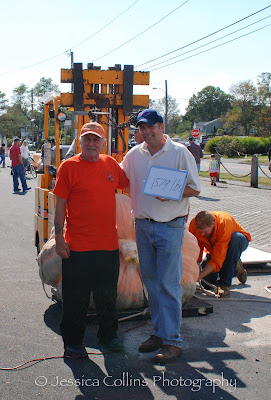 Seeing a pumpkin this big is amazing, but I still think it was beyond amazing to watch my friend's pumpkin grow to 923 pounds. Seeing the changes every time I stopped by the pumpkin patch was so cool. I'm so grateful to be a part of his team and I can't wait for next year to photograph the next group of backyard giants.
Posted by Jessica Collins at 4:58 PM