I had a blog post planned for today, but sometimes things don't go as planned. Instead, I decided to post about the weekend before Halloween last year.  I've been thinking about it a lot today as it seems everyone is talking about when/how bad Hurricane Sandy will hit our area.

So a little trip down memory lane to this time last year.

Last year, like usual, we were so excited for Halloween.  Costumes were ready. We followed all our fall rituals---finding the perfect pumpkin, watching the giant pumpkin grow, hayrides, apple cider, pumpkin spice lattes, watched Linus wait for the Great Pumpkin---we were so ready.  The only thing we weren't ready for....snow in October.  It snowed, and snowed, and snowed some more.  The trees still had leaves on the branches and couldn't handle the weight of the snow and the leaves; branches and trees began to fall, power went out. Halloween was postponed, officially (for everyone's safety, our town postponed Halloween a week). 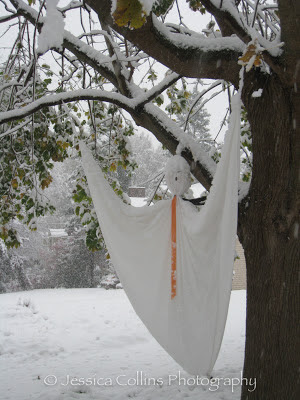 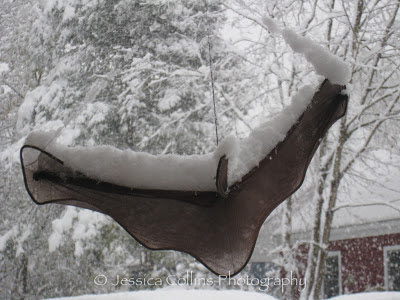 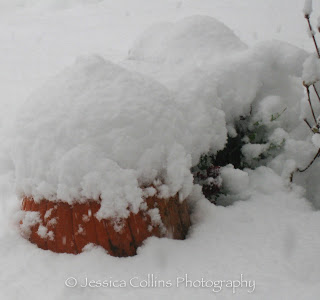 Pumpkins buried in the snow. At least the snow disappeared by postponed Halloween. 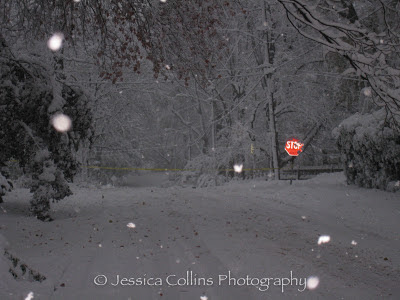 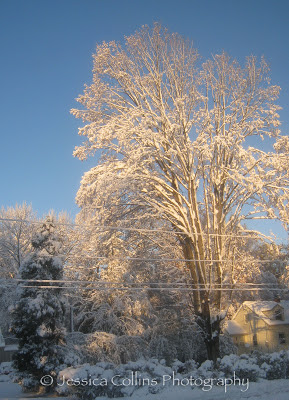 Even though many trees fell (including part of this tree, as you can see behind the ghost), the ghost stayed up! 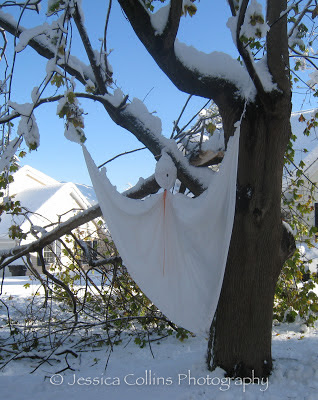 As the snow began to melt, the pumpkins were still there.  Halloween did go on almost a week late, and it was great (despite the blackout and snow that led up to it). 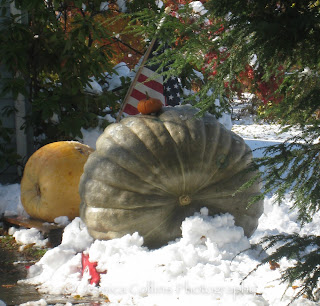 Posted by Jessica Collins at 1:57 PM